Freuzanyuu island is bordered by the Tjars current, between the 46°B and the 47°B, and the 44°P / 47°P. This island is almost as big as Insularyuu, but Freuzanyu is almost a waste land. In fact, even if no climatic reasons seems to make sense, the island is all frozen, lost between -30°C and -10°C. The few creatures that manage to survive in these hostile conditions are usually very aggressive, always seeking for the smallest prey they could find and catch to survive. The majority of the species on this island actually live below the surface, and below the ice, in galleries digged in the rock base of this island, where the lava makes the place a bit more warmer.

Since this island is highly unattractive and hostile, their is almost no map of its surface, nor its hidden underground galleries.

Its name comes from the german "Freusanan", to freeze. 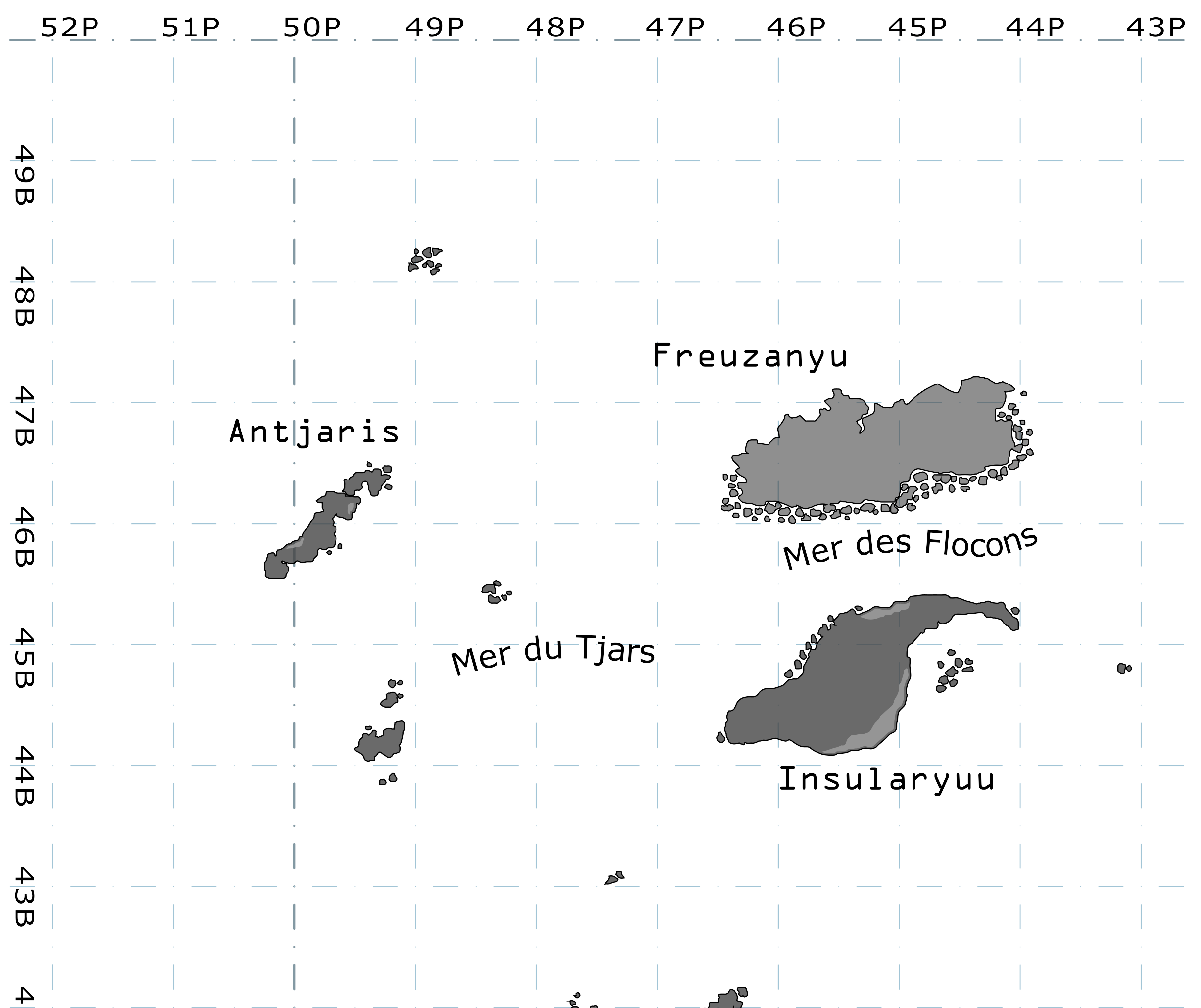