Antjaris borders the ponor of the Tjars Sea. The stream of the same name passing by the island is a direct water road toward Insularyuu and Freuzanyu, the other islands nearby. Antjaris is a place for robbers who use this stream to flash attack coast towns or ships, after they stopover Insularyuu, filling their holds with tons of Alep cereals.

The main fortress known to be unattackable. It got almost breached during the war against Manganell, by their siege weapons of the same name. Afterward, Forthorr started to open its gates to the rest of the island, but even nowadays, it is still considered as an autonomous place, that could close down at anytime. The name of this town comes from the latin "Fortia" and "Hortor", to urge, back when its people begged their king to stop keeping the place "safe" and closed, and start opening the gates to let them trade for food with the rest of the island.

Town of military engineers, where the manganells were invented. This is the reason why the siege weapons are called at the town's name.

Town of self-called "traders", who ruined the neighbor town of Veclus with unrefundable loans. Merkenac took over that ruined town, and over the whole area.

Ancient town, now considered as a ghost town since the Merkenac's scams.

Comes from the expression "Ante Tjars Island", meaning that this place is right before the start of the Tjars stream, and the sea of the same name. 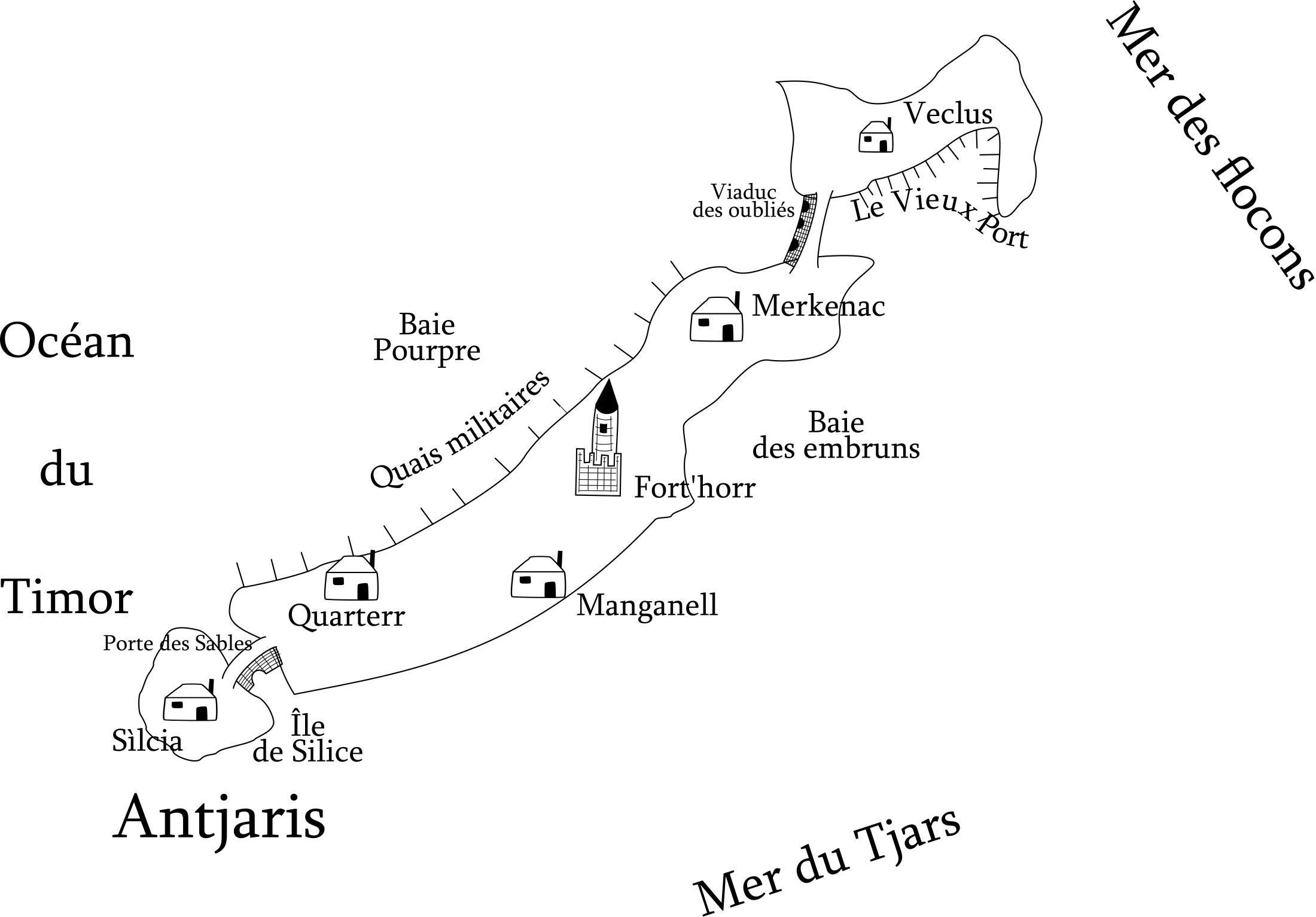