Six legged purple dragon with flat and resistant scales. Some crystallic structures grow during hiw whole life from his horns and some of his vertebrae.

He almost always has a Silver Bag containing some crystals to defend himself, and some Mageoise or perchement to take few notes when exploring the outside world.

Wisiarr has always been thrown away by other dragons because he did not look like them. From its very first day at school, he was put aside by others, unable to assist the flying class. Days were only about others being rude toward him, and treating him like a weak useless thing. Still, he never paid attention to these bad words. Instead, he focused a lot on his studies, and was always looking for more knownledges to learn. Soon, him classmates changed their mind, leaving him alone since there was no fun bullying this unreacting dragon. Some of them even got astonished by the machines Wisiarr created during the flying classes, and one way another, he finally got more accepted by the other young dragons.

He is always considered as the smartest in the group, and as the scientific. Honnest, he never rages, not even show the slightest anger. Still, he remains very lonely, favoring crystals than dragons. He sometimes look a bit sparing with him gems, but mostly, he his very vindictive and unconcerned/indifferent because of his past.

Wisiarr's father, who was a draco. Wisiarr always felt close to him, since both will never be able to fly.

Wisiarr's mother was a dragoness, and Wisiarr was always a bit envious of her wings. He used to be assertive toward his mother, but this behavior faded away along years, as Wisiarr accepted that it wasn't Aria's fault if he has no wing.

Domiarr always look to despise the weak crystal dragon, and Wisiarr returns the same behavior to this bully Fire dragon. Wisiarr likes to make strong armors that Domiarr won't be able to smash down. Besides there conflicting relationship, Wisiarr like to have such protective dragon by his side when other dragons are around.

Wisiarr often reminds Flafia that the world is not as pink and smily as her, but he tries to avoid this topic so the dragoness since it makes the dragoness sad. Wisiarr is admirative of how Flafia can easily talk to other dragons and creatures.

Karlexia and Wisiarr are close friends, since both cannot stay idly. Karlexia loves physical challenges, while Wisiarr prefer intellectual ones. Wisiarr still dislikes how fast the dragoness can run toward danger, while heprefers to think twice first before acting.

Wisiarr has a great feeling with Sileya, and loves her short answers when he asks her for something. They often are "together", in the same room or on the same beach, while they actually do their own stuff. 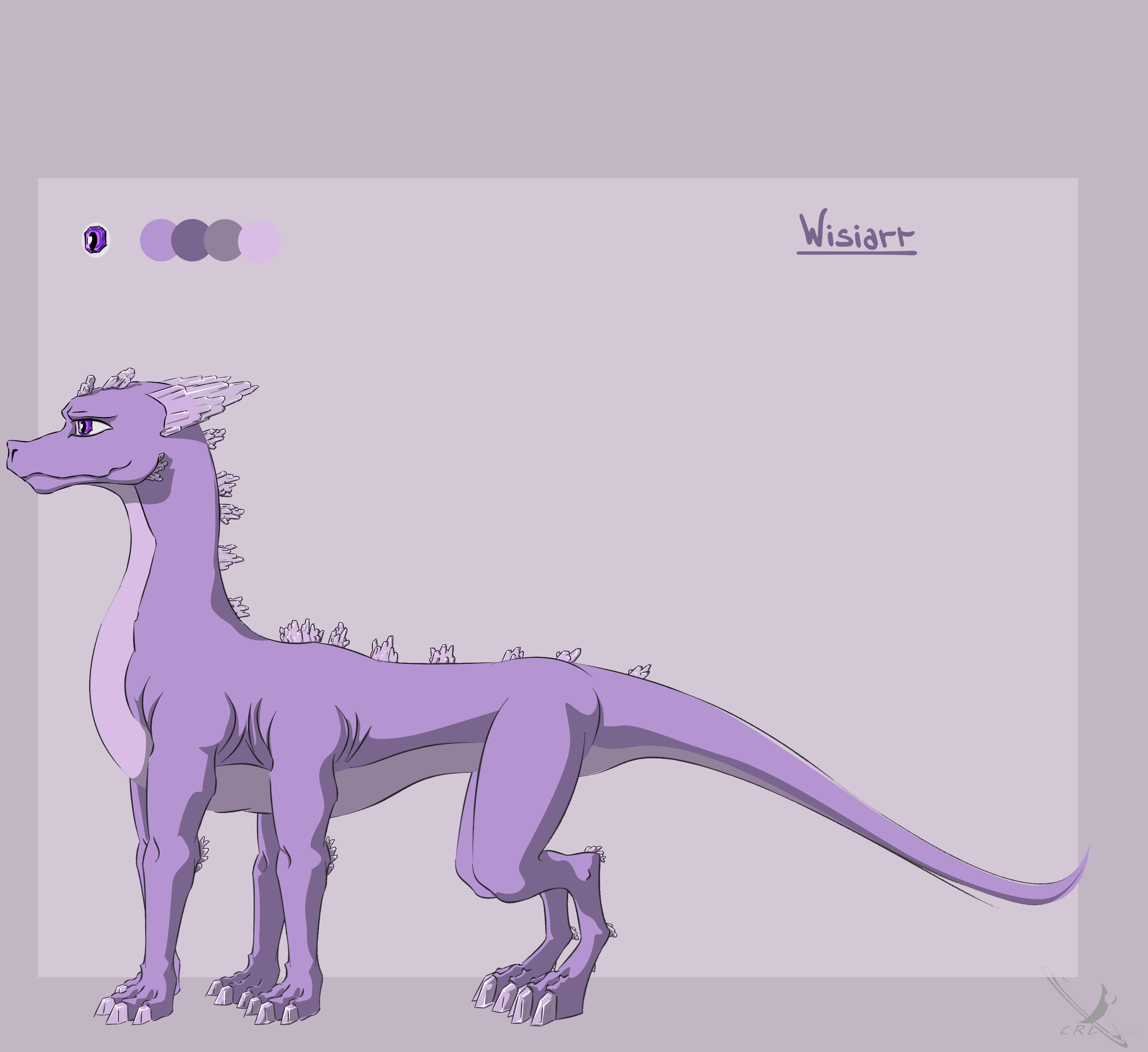