Tall and strong, Domiarr is clarly a fire dragon by his look, and his personnality. His strong muscles and his size allow him to carry on heavy things when flying. His fire crest costs him a lot of energy, except when he is asleep and his crest is almost going out, meaning he is almost always hunting. The more anger he feels, the most burning his crest is. In his raging moment, some little smoke or flams can been seen at the corner of his eyes.

Elder brother of the family, Domiarr was always in charge of his younger sisters when his parents were away at their work. Strong since his first years, he often spent his time more yelling at his sisters and challenging them than being their resposible keeper. He does the same with other dragons at his school, including Wisiarr and Sileya, bullying them all the time.

But one day, he stopped being assertive and started being a real friend and keeper, protecting weakers against the others. Since then, he is a very relyable friend.

Assertive and authoritarian, Domiarr is the definition of a big brother, balanced between being tyrannic and protective. His habits makes him look like a selfish dragon, but in fact, he can be very altruistic with his friend. He could easily sacrifice himself for them, and he actually does so a lot. Indeed, he behaves awefully only when he knows their is no danger around. Otherwise, when enemies show up, he will fight them right away, allowing his friends to fly off without any risk. Domiarr considers himself as the chief and leader of the Dracquints, but Karlexia often stands up to him, making a friendly fight out of it when there is no real darnger around. Despite his protective behaviour, Domiarr can also be envious and won't hesitate to lie when he feels it's "for the best of his friends". Last, you should never become his enemy, nor bite his friends. Else, you will quickly feel his fury.

Domiar dislikes knowing Flafia with random creatures, but he actually loves spending time with her since the smiling dragoness always know how to cheer him up, and how to clean up the dark cloud of the responsabilities he carries. Hence, both dragons often stay together, Domiarr protecting Flafia against others and herself, and Flafia trying to make him smile a bit.

Karlexia is a very special dragoness for Domiarr, since she reminds her of his sister Aquilia. So, the Fire dragon often tries to protect Karlexia from any danger, but her adventurous spirit doesn't help and she can become very hard to bear when one tries to protect her while she never asked for it. hence their recurring friendly fights. During these fights, DOmiarr is actually testing Karlexia to be sure she can actually take care of herself. Still, the Fire dragon always wants to win because otherwise, it would mean he cannot protect his friend.

Domiarr likes Sileya because she never put herself in danger. He sometimes count on her to keep an eye on the other Dracquints, and to instantly warn him in case of trouble.

Domiarr almost despises Wisiarr, because he considers him as a weak male dragon, while males should be the strong protector of their female friends (yes, Domiarr is "a bit" macho dragon). Further more, Wisiarr only counts on his crystals and brain rather than on his muscles and claws to fight his enemies. But still, Domiarr is always impressed by Wisiarr's inventions, even if he will never shows so. 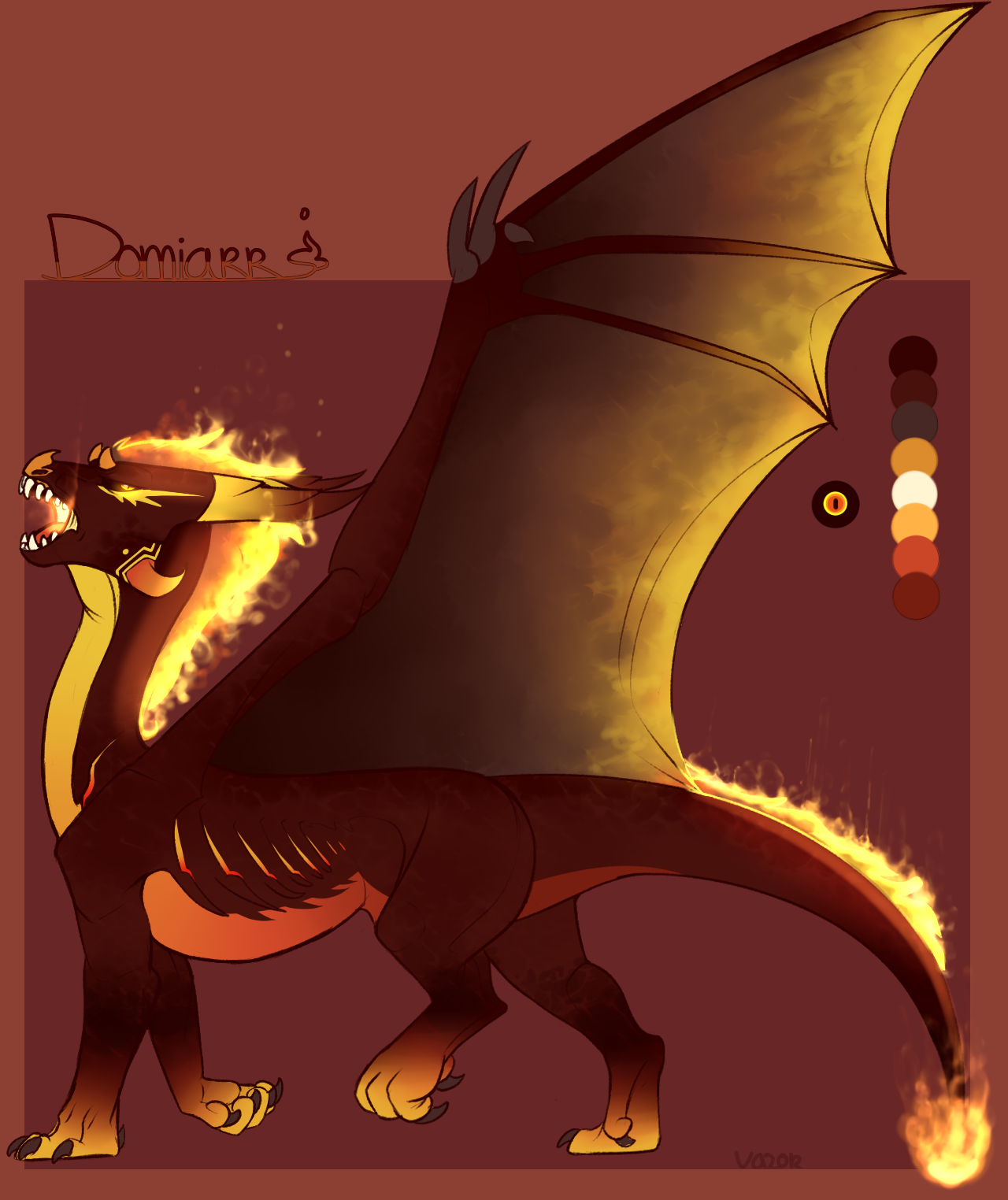